Opoku Ware School was the first Catholic boys School in the Asante Kingdom. Although it is the Second all boys school in the region.Until its establishment, youth from the Ashanti Kingdom and the Northern part of Ghana who wanted Catholic education had to travel south across the Pra River to attend secondary schools.

This meant that members of the Catholic Church who wished to have their children educated in accordance with Catholic traditions had to send them to St. Augustine's College orHoly Child College, both in Cape Coast.

The original plan to establish a secondary school in the Kingdom at the initiation of the King, called for one school jointly with the Catholic Church, Methodist and Presbyterian Churches. The Catholic Church opted out of it and asked the King's blessing for the establishment of a separate school for the Catholics.

At a meeting held on 31 January 1951, a decision was taken to build a Roman Catholic Mission secondary school. The government was to provide all the funds for the building of the school. The school was meant for 360 students with a possible expansion to the Sixth Form. It was to be developed according to a ten-year development plan, and the final cost was estimated at £250,000. An expatriate construction firm, Fry, Drew and Company, was awarded the contract to build classrooms, dormitories, laboratories, and administration block and staff bungalows. 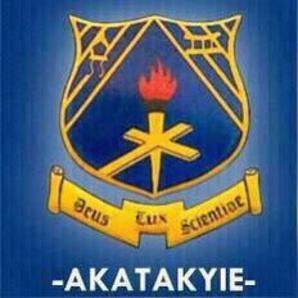